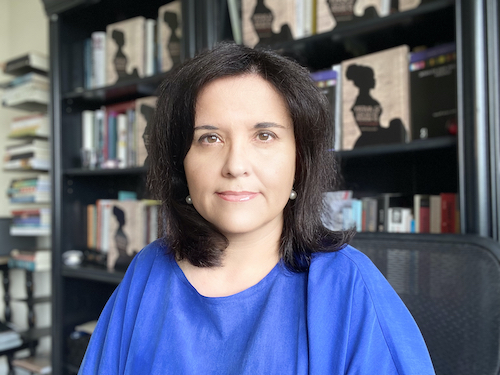 I am a social and cultural historian writing transnational and comparative history. My work explores the history of slavery and the Atlantic slave trade and their present-day legacies, including the long history of demands of reparations for slavery and colonialism. I have a particular interest in the memory, heritage, and visual culture of slavery. I write, speak, and publish in English, Portuguese, French, and Spanish and my work has been translated into German and Dutch.

I recently published two books. Slavery in the Age of Memory: Engaging the Past (Bloomsbury, 2020) relies on examples from West Africa, Brazil, the United States, France, and England to explore how different modalities of memory (collective, public, cultural, official) shape the ways slavery is memorialized in various societies where slavery existed or that participated in the Atlantic slave trade. I show that the current debates around slavery are more than simple attempts to come to terms with the past, but rather reveal how the memory of slavery is racialized and framed by white supremacy. My short book Museums and Atlantic Slavery (part of the Museums in Focus series) was published by Routledge in April 2021. The book explores how slavery, the Atlantic slave trade, and enslaved people are represented through words, visual images, artifacts, and audiovisual materials in museums in Europe and the Americas. It’s my hope that the book will help readers to recognize how depictions of human bondage in museums and exhibitions often fail to challenge racism and white supremacy inherited from the period of slavery.

I am working on two book projects. Humans in Shackles: An Atlantic History of Slavery in the Americas (under contract with the University of Chicago Press) is a hemispheric and narrative history of slavery in the Americas. A book for general readers Humans in Shackles places Brazil (the country that imported the largest number of enslaved Africans in the Americas), the African continent, and enslaved women at the center of this painful history. I am also working on an academic book manuscript titled The Gift: How Objects of Prestige Shaped the Atlantic Slave Trade and Colonialism (under contract with Cambridge University Press, Cambridge Studies on the African Diaspora series). Relying on my previous work that examined gift-exchanges between rulers of Portugal and Dahomey, this work explores how European-made luxurious artifacts, including goods that incorporate formal and symbolic elements found in West African and West Central African artifacts, shaped the interactions between Africans and Europeans during the era of the Atlantic slave trade and colonialism. To tell this story, I follow the trajectory of a ceremonial knife given by a French ship captain to a local agent of the Kingdom of Ngoyo on the Loango coast, which later was found in Dahomey, from where it was looted by the French troops at the end of the nineteenth century.

Currently, I am a Professor of History at the historically black Howard University in the capital of the United States, Washington DC. At Howard University, I am the Associate Chair of the Department of History. Previously, I was also the Graduate Director and the Undergraduate Director. In the last fifteen years, I have authored and edited over eleven books and published nearly fifty articles and chapters on these themes. I have lectured in English, Portuguese, French, and Spanish in the United States, Canada, Brazil, Argentina, France, England, Portugal, Germany, the Netherlands, and South Africa.

I am a member of the Board of Editors of the American Historical Review. In 2019, I was a Visiting Professor at the University of Paris VIII, France. In 2017, I joined the International Scientific Committee of the UNESCO Slave Route Project. In addition, I  am a member of the Editorial Board of the British journal Slavery and Abolition, and the Editorial Review Board of the African Studies Review. I am also the editor of the book series Slavery: Past and Present, by Cambria Press.

Recently, I published Reparations for Slavery and the Slave Trade: A Transnational and Comparative History (2017). This work examines from a transnational perspective the history of the demands of reparations for slavery and the slave trade in the Americas, Europe, and Africa. I show that the demands of reparations for slavery are not new. They have a long and transnational history. My other published books include Brazil Through French Eyes: A Nineteenth-Century Artist in the Tropics (2015) is a revised, updated, and expanded English version of my book Romantisme tropical (2008). I also published Shadows of the Slave Past: Memory, Heritage and Slavery (2014), and Public Memory of Slavery: Victims and Perpetrators in the South Atlantic (2010).

I edited multiple books as well: African Heritage and Memories of Slavery in Brazil and the South Atlantic World (2015), Politics of Memory: Making Slavery Visible in the Public Space  (2012), Paths of the Atlantic Slave Trade: Interactions, Identities (2011), and Living History: Encountering the Memory of the Heirs of Slavery (2009).  I also co-edited the volume Crossing Memories: Slavery and African Diaspora (2011).

Engaging with the public is an important dimension of my work. My opinion articles in English and Portuguese appeared in the Washington Post, Newsweek, History News Network, Intercept Brasil, and the Brazilian magazine Ciência Hoje. Here you can see my words as they were featured in several media outlets in the United States, Portugal, Canada, Brazil, Spain, France, and the Netherlands.

I am active on Twitter and Tumblr,  where I created and maintain the hashtag #slaveryarchive in order to follow news and initiatives related to the study of Atlantic slavery in the past and the present. I am also the creator and co-host of the #Slaveryarchive Book Club, an online initiative intended to discuss and promote newly published books on topics related to slavery and the African Diaspora.

Reparations for Slavery and the Slave Trade: A Transnational and Comparative History.  London, New York: Bloomsbury, forthcoming in 2017. 288 p.