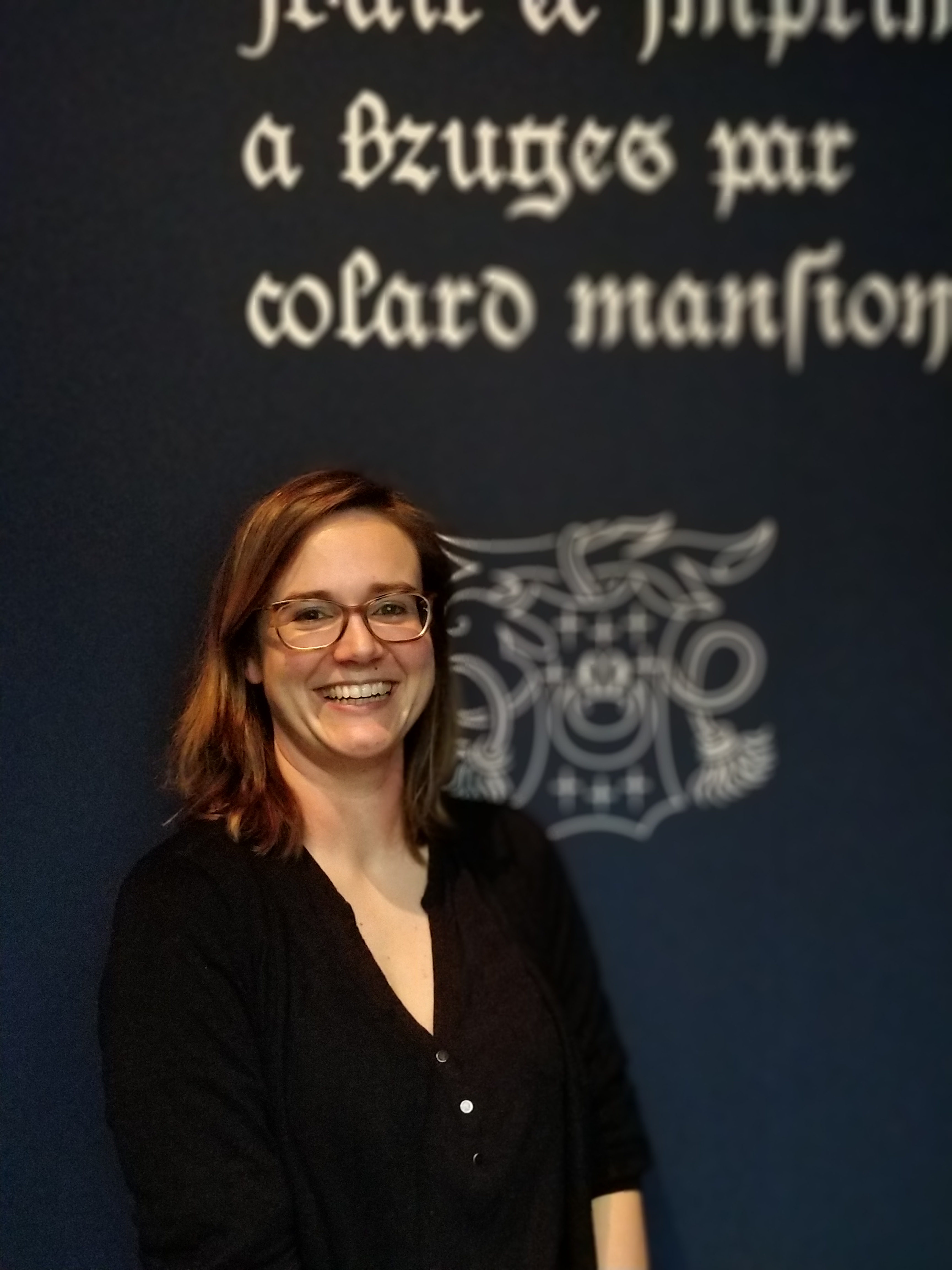 I am a medieval manuscripts curator at the Public Library of Bruges. My expertise are Western medieval manuscripts and special collections librarianship. I have a PhD in Medieval Languages and Literature (Latin, French and English). Recurring feedback after interviews and talks: knowledgeable and enthusiastic.

I am since 2008 employed as medieval manuscripts specialist at the Public Library of Bruges. The collection consists of approximately 750 manuscripts, of which about 550 are medieval.

As a medieval manuscripts curator, I can indulge in in-depth research, working in silence at my desk in a bubble of manuscript bliss, but also in public outreach, sharing my passion with lay and specialist audiences alike. I particularly enjoy staging exhibitions, as it allows me to translate scholarly research into captivating narratives for wide audiences.

Ask me about: cataloguing medieval manuscripts; providing support for teaching and learning on all levels; public outreach on all levels (exhibitions, documentaries); assisting and conducting scholarly research; planning for conservation, digitisation and acquisitions.

In 2005, I earned a Master’s degree in Romance Languages and Literatures at the Catholic University of Leuven, with a focus on medieval French and Italian. In 2006, I completed a research Master’s in Medieval and Renaissance Studies taught in English at the same university, with a focus on medieval Latin, the history of universities, and medieval illumination. I moved from Leuven to Poitiers to undertake a Master’s degree in Medieval Civilisation at the Centre d’études supérieures de civilisation médiévale, an interdisciplinary research centre at the Université de Poitiers. My thesis was a critical edition of Middle English prayers and meditations by Anselm of Canterbury. My dissertation was a critical edition of the Middle English translation of the Vita Christi by Ludolph of Saxony and comprised a detailed analysis of its relationship with the Latin and Middle French sources. In 2012, it was awarded the highest grade of distinction, and congratulations of the examination committee.

In addition to my scholarly knowledge of medieval English, French, Dutch, Italian and Latin, I am fluent in modern Dutch, English, French and Italian, understand German and Spanish, and have a basic understanding of Portuguese and Turkish.

Media Coverage
https://www.vrt.be/vrtnws/nl/2018/03/01/-haute-lecture---een-schat-aan-vroege-boeken-te-zien-in-brugge/. http://www.focus-wtv.be/video/tentoonstelling-rond-boekdrukker-colard-mansion. Review in The Book Collector of my exhibition 'Haute Lecture by Colard