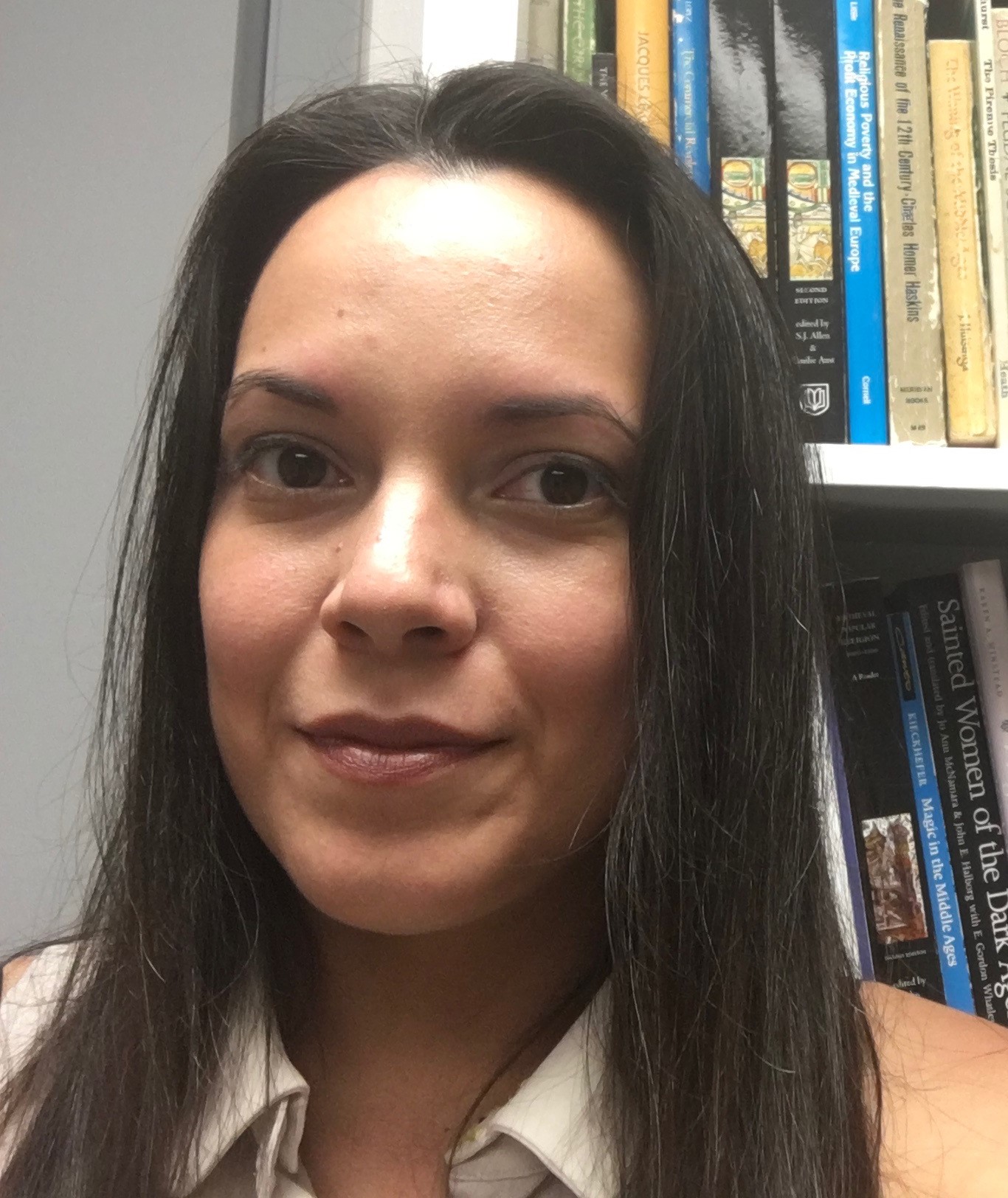 I am an assistant professor of Medieval and Renaissance Studies at Southern Methodist University, where I teach courses on Medieval Europe (500-1500 AD), the Black Death, and the History of Christianity.

My research focuses on religious change after the Black Death, specifically the intensification of devotion to the Virgin Mary by ordinary Christians during and after late medieval plague epidemics. My research outside of Ancona, Italy has demonstrated a steep rise in donations and bequests to one Marian pilgrimage shrine in particular, Santa Maria di Loreto, as individuals attempted to prevent plague and cope with surviving it. Plague caused great catastrophe, but also created cohesion, in this case through strengthening a local community’s devotion to a new plague saint: the Virgin of Loreto.

I have published on the hagiographical lives of the thirteenth-century Roman holy woman, Margherita Colonna for Church History (2012), as well as an essay for The Public Medievalist on Christianity and ritual murder allegations in fifteenth-century Trent (2017). I am currently working on a book project concerning the Black Death and the Virgin Mary.